How Well Can U Sell -- An Artwork of Andre Tan 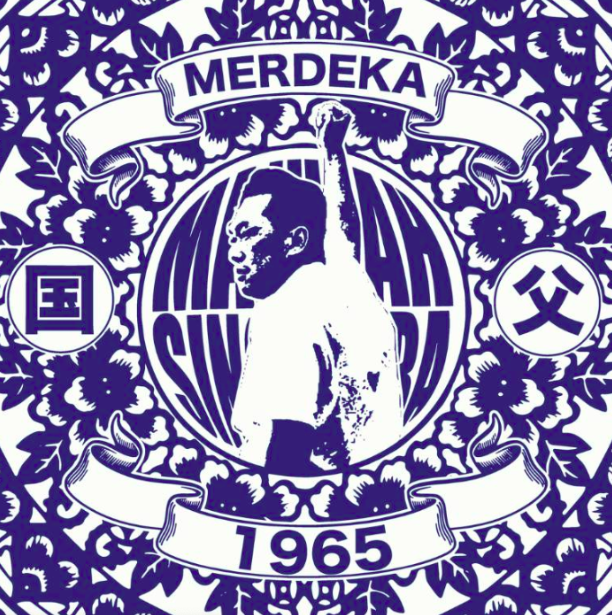 My name is Celia, and I noticed that you are quite interested in Singaporean arts. Here I would like to recommend a masterpiece from a Singaporean Artist, Andre Tan. Tan is a Singaporean Pop Artist. He is very creative. He often blurs the boudaries between reality and the unreality, mixing cartoon characters, brands, patterns and images of people together.

When you first look at this piece of art, you might be wondering, what is the style of the art and what are those characters around the artwork? Well, knowing a bit of background information helps a lot.

Singapore, a country in the South east Asia, is a country with lots of culture. The art has lots of elements of the different cultures. When Singapore was still part of Malaya, a colony of Britain, its population were mainly Chinese, so a large part of its culture is influenced by Chinese culture. Singapore, after its independence from the British in 1963, was admitted as a state of the Malayan Union. As a small country, it would be very hard for Singapore to live on its own without the Union. The prime minister Lee Kwan Yew encourages Singaporeans to learn Malay, so they could be better merged with the Union. As a result there were also influences of Malay culture in Singapore. Now back to the artwork. Did you noticed that it is only in two colors: blue and white? This is a popular pattern of porcelain in China. The Chinese white and blue porcelain already existed in the 9th century. Also, usually there are blue decorations on the edge of the plates and the pots. Despite the patterns, there are two circles on the left and right side of the artwork, with two Chinese characters inside. So, the circle shaped flower patterns background and the characters in Tan’s artwork were all influences of Chinese culture.
You can also see a word on the top of the painting on a banner is in Malay. This is an influence of the Malayan culture.

As you can see, there is a 1965 banner at the bottom of the art work. The word “Merdeka” on the top of the art is from Indonesian and Malay language, meaning independent. From these we could guess that the history background of the artwork is the independence of Singapore from the Malay Union in 1965. The two Chinese characters in the circle, 国父, means the father of the nation, indicating that that the person in the center is the father of Singapore – Lee Kwan Yew. LKY is the first prime minister of Singapore, ruling Singapore for 3 decades. In 1965, the malasian parliament passed the required resolution that would sever Singapore’s tie to Malaysia as a state, and Singapore knew nothing about it before. Singapore's lack of natural resources, a water supply that was derived from Malaysia and a very limited defensive capability were the major challenges which Lee faced. However, with Lee’s great leadership, Singapore was described as transitioning from the "third world to first world in a single generation". Lee was then recognised as the nation's founding father.

This artwork is very significant. It is not only because that it has the elements from different cultures, but also because that it represents a significant historical event. Moreover, think about the challenges Lee faced when he was determined to lead Singapore out of the difficult situation. It requires lots of courage. An artwork like this always motivates people, giving them the courage to do things when they are frustrated.

The artist probably created the art to commemorate Lee. The beautiful patterns around Lee always remind people that once, Lee was a great leader and has built Singapore into a prosperous country out of nothing. The artwork was created via digital tools. It has appropriated an image of Lee in his early 30s, changing it into a different style that fits his work. Except this, Tan, the artist, created the concept, the composition of elements on his own.

I think the piece is very good and it really does impress me a lot. It let me to respect the courage of the prime minister, his great leadership that had changed Singapore from a little state into a multicultural developed country. The contrast before the independence and after that is like a blank canvass and this piece of art. Every time I look at this it leaves a deep impression in me.